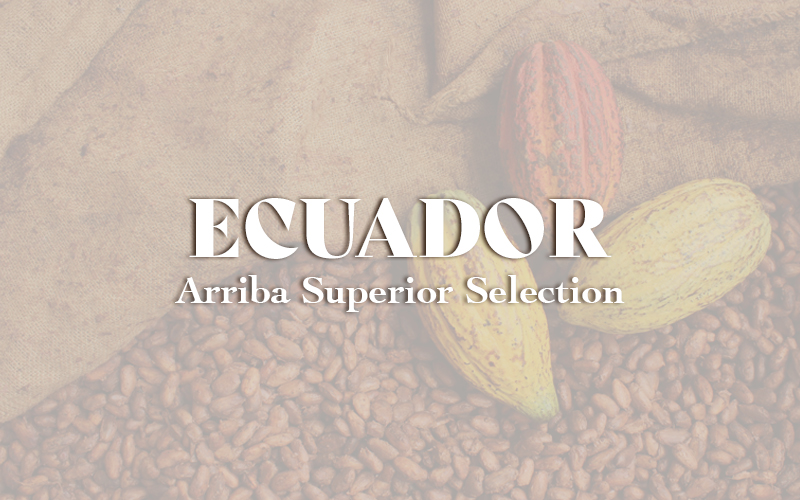 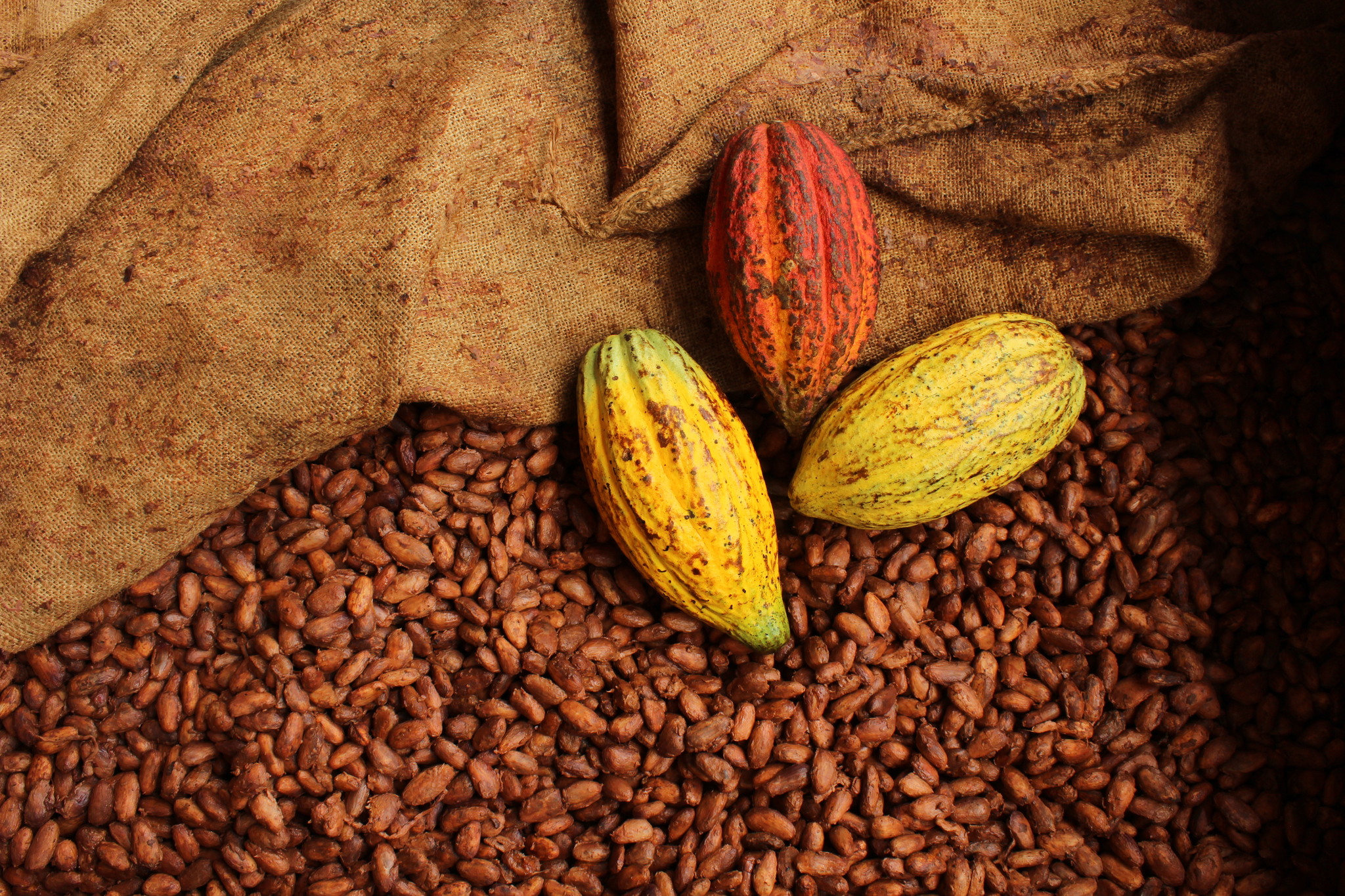 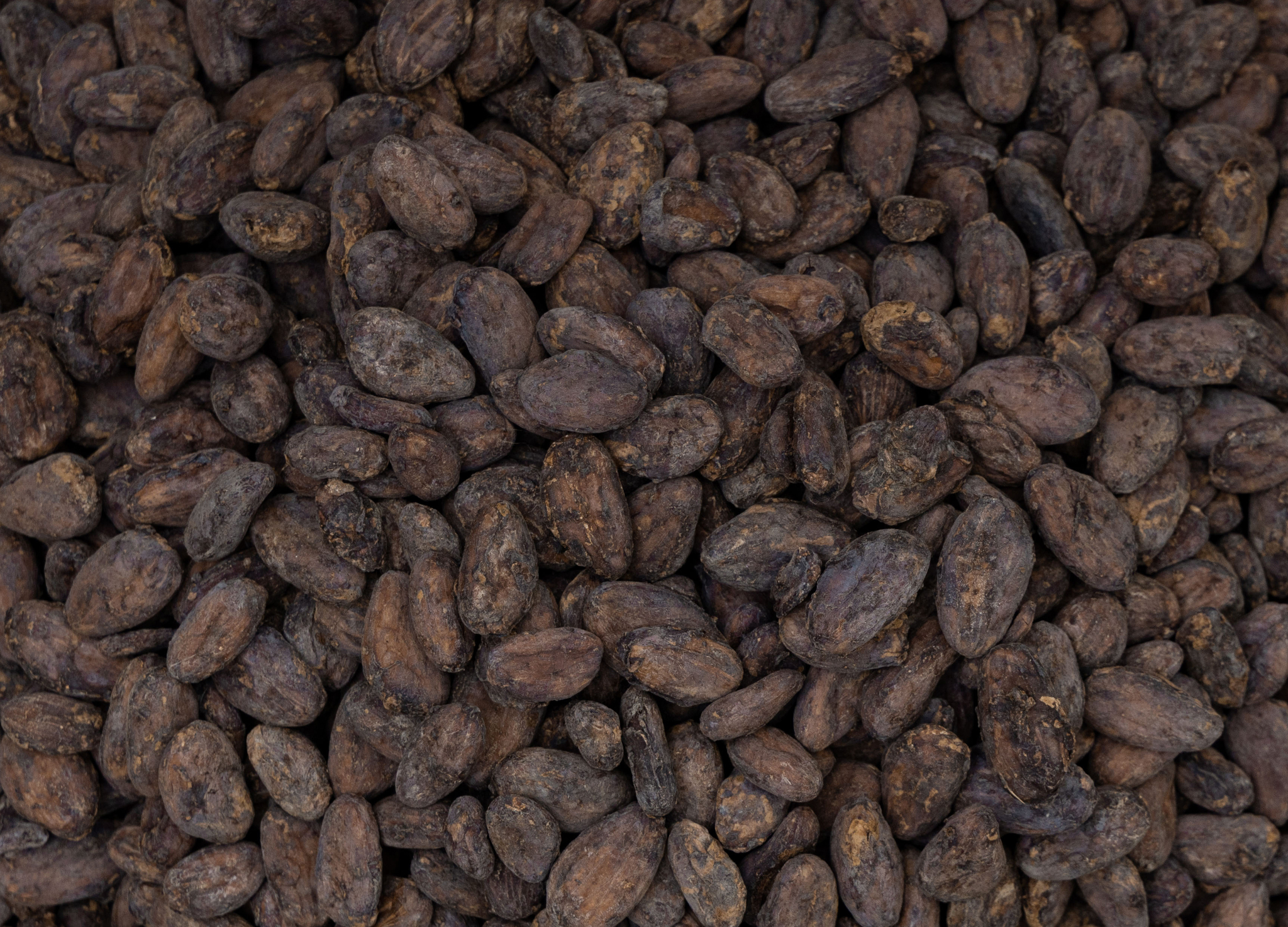 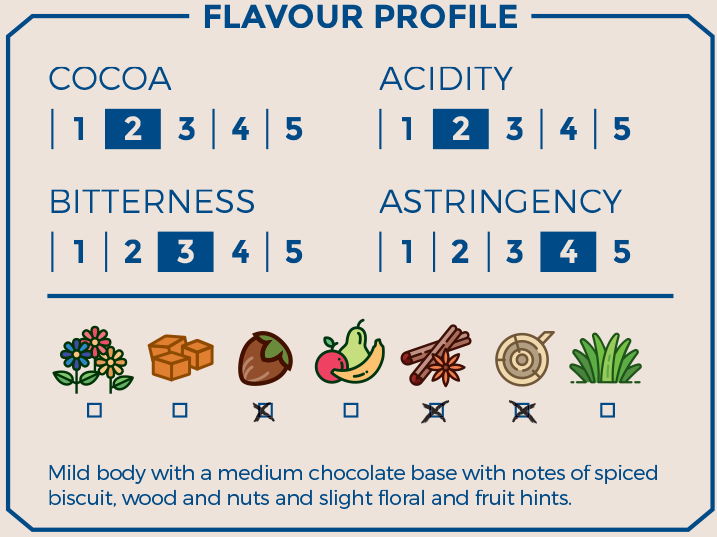 STORY
Cacao cultivation in Ecuador can be traced back to more than 5000 years ago. Cocoa beans were the first product ever exported from the country. Exports  began in 1830, when wealthy families bought acres of land to invest in cocoa  production. Nacional Arriba beans are grown in the upriver areas of the Guayas River in the  lowland provinces of Ecuador: Guayas, Bolivar, Cotopaxi and Los Rios. Legend tells  that in the 19th century, a Swiss chocolate maker encountered locals with freshly  harvested cacao while navigating along the Guayas River. When he asked where  it came from, they responded “río arriba” or upriver. The name Nacional Arriba was thus coined. These beans are cultivated in the tropical lowlands of the Northwest by Tsáchila community, in the Pacific coast of Ecuador in an area known as Santo Domingo. The Tsáchila population is dispersed among 7 communes: Búa, Chiguilpe, Poste,  Peripe, Otongo Mapali, Congoma and Naranjos. These beans are collected from these 7 different communes. Cocoa is grown alongside other crops such as plantain, cassava, yams, peppers, maize and rice. Tsáchila men are distinguished by a very particular hairstyle that they achieve by shaping their hair into a helmet like feature with a mix of grease and achiote seeds. Spaniards called the Tsáchilas the “Colorados” because they used to cover their entire bodies in achiote juice.

POST HARVESTING PROCESS
After harvest the beans are fermented in wooden boxes and turned every 24  hours. Drying is done in sunlight to optimize flavour and aromas.

Flavour profile
Mild body with a medium chocolate base with notes of spiced  biscuit, wood and nuts and slight floral and fruit hints.